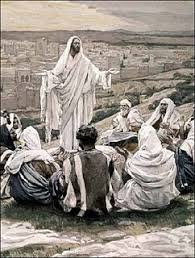 Although I haven’t taken an official poll, it seems most professors, skeptics, media, and those who comment on the Bible would say the disciples of Jesus expected him to come back within their lifetimes. This is often used as another reason not to take the message of Jesus all that seriously, but that is a sweeping judgment that lacks perspective. In fact, when it comes to the return of Jesus according to the Bible, Christians and skeptics alike may be guilty of missing key details.

For instance, many pastors and evangelical Christians today, (of which I qualify as both) maintain that Jesus can come back at any moment. We commonly speak and write in ways that give the distinct impression Jesus could return any moment in our lifetimes. In that respect, we aren’t much different than those early Christians.

It makes one wonder what people might conclude if, in the distant future, someone were to find the writings of Christians from today. Would they pick up a worn copy of “Left Behind” and conclude we believed Jesus would return in the next few years and that Kirk Cameron was our prophet? Couldn’t they also use that as evidence that since Christ did not return, he must not be real? Of course, ask almost any of those Christians or pastors of today and their views are not so simplistic. I have often said Jesus is coming soon, but I am not so certain he is coming in my lifetime.

Perhaps, we Christians should speak and write more carefully using more perspective in the first place? Probably, but that’s not going to happen. There’s never going to be a shortage of writers or speakers making exciting claims, no matter whether they are Christians, secularists, or global warming/climate change alarmist/deniers.

Besides, it’s more fun to talk about Jesus coming in the next few minutes. Come on.

Anyway, as it turns out and despite the fact this is often ignored for the sake of arguing, the writers of the New Testament DID write with perspective. Shockingly, they never END_OF_DOCUMENT_TOKEN_TO_BE_REPLACED

The meteorite that hit Russia on February 15, entered the atmosphere less than 24 hours before the asteroid 2012 DA14 was to make the closest recorded pass of an asteroid to the Earth — inside the orbit of some satellites. The asteroid is described as “skimming the atmosphere” by some.  With two events such as these happening so close together, it would seem they were related, but astronomers say it’s just a crazy coincidence.

The European Space Agency tweeted its experts had determined there was no connection between the two big rocks that came flying at the earth.  Not only did they come from two different directions, but arriving 12 hours apart means they were also half a million kilometers apart.  The Daily Mail Online reported the meteorite that hit Russia “doesn’t seem to be at all relevant to tonight’s close asteroid flyby.”

They are right.  It’s a bit early to use the word “relevant”, but it’s at least “eerie”.

These are two EXTREMELY rare events happening less than a day apart, with evidently no connection to each other.  Soooooo…. hey God, how’s things uh…going?

The Christian belief in “The Rapture,” made famous by the Left Behind series and various doomsday predictions, comes from two Scriptures in the Bible which speak about the resurrection of the dead.  In neither place is it specifically called “the Rapture” although you can find the Latin word for “rapture” in there if you use the Latin Vulgate Bible.  In fact, the Latin is where we get the term, and the term simply applies to the event described in I Corinthians 15:51-52 and I Thessalonians 4:15-17.   And since saying “The Rapture” is easier than saying “The-Event-Described-In-1st-Corinthians-15-51-52-and-I-Thessalonians-4-15-17”  or T.E.D.I.1.C.1.15.52.A.I.T.4.15.17 for short…

Most of us just say “the Rapture.”

Anyway, the Rapture is basically a simple concept.  In both places, the Bible (Paul was the writer) is talking about what happens to believers in Jesus who are still alive when the resurrection happens.  Obviously, God’s not going to strike them all dead so He could raise them up at that moment.  Instead of that morbid method, the Bible says we will be “caught up” to Jesus in the air (I Thessalonians 4) and changed “in the blink of an eye” into immortality (I Corinthians 15).  Part of the reason Paul wrote about it in I Thessalonians was to give people hope.  It is a rather exciting thought to consider. And assuming you believe in God and Jesus in the first place, it makes sense.  I mean, if Jesus returned and raised the dead into eternity, it’s only natural to ask what would happen to those who are still alive at the time. The Rapture is the answer for that question.

But we still manage to have huge arguments over it.  Those debates are generally over whether to take it seriously in the first place, or if you believe in a resurrection, the argument is over when exactly the Rapture part of it happens.

The “Left Behind” books and movies took a very common position on the WHEN part, END_OF_DOCUMENT_TOKEN_TO_BE_REPLACED

Issues, issues everywhere and not a drop to drink!  Ok, not exactly true, I’m guzzling sugar free iced tea right now… But where to start?  Hell or the imminent second coming of Christ?  Let’s start with hell!

These days the idea of hell seems a non-starter with most.  In fact, as a society we are in the midst of concluding that the idea of a God who sends people to hell is simply dangerous. Unfortunately, the “Church” has not always helped.  Instead of actually following the teachings or example of Christ (Christians right?), the “Church” has sometimes burned people at the stake.  It’s a past that contributes to a dangerous image, one that is often exploited today by those who oppose Christianity.  That’s to be expected of course.  It’s just a fact of life that when some of those who claim to follow Jesus do such horrible and anti-Jesus things, Christianity itself gets associated with evil.

It has come to the point in our culture, that make no mistake, basic Christian beliefs are being looked upon with suspicion.  No longer are heinous acts of the Dark Ages being blamed on a corrupt church or power-hungry leaders, now it’s the Bible itself, the traditional religion itself.  Maybe it’s imbedded in our belief system?  Seems silly to most Christians who regularly give to help the poor, or work in the soup kitchens and slums of the world.  But nevertheless, despite our actions we are being painted as something more sinister, even by those who call themselves believers.  As Rob Bell said in his book “Love Wins” :

“Inquisitions, persecutions, trials, book burnings, blacklisting – when religious people become violent, it is because they have been shaped by their God, who is violent.” (For you Kindle users, that’s at 88% through the book, chapter 7)
Don’t miss the logical conclusion of such reasoning.  END_OF_DOCUMENT_TOKEN_TO_BE_REPLACED

Some of the “prophetic” words of Jesus sound eerily similar to the daily news coming from around the world these days, which gives many of us a pause. Yet we shouldn’t pause too long because He also had words of encouragement and a message of hope. In a moment, I’ll get to what Jesus said precisely, but for now, I think it’s worth noting that the entire Christian belief system is built on a hope, an assurance from God, that He will provide during the toughest of times.

Some interpret the Bible, or insist philosophically, that God should rescue us from these tough times in the first place. Isn’t that what a loving God would do? And if He doesn’t, He’s either not loving, or not real. It’s the same argument used by one of thieves crucified next to Jesus. In one moment, that guy was hurling insults at Jesus, and in the next, he was demanding Jesus prove Himself by rescuing them all from death. END_OF_DOCUMENT_TOKEN_TO_BE_REPLACED

The 8.9 – 9.1 magnitude earthquake that hit Japan on Friday at 2:46 (their time) and the subsequent tsunami, left such wide-spread destruction that it is natural to question whether such an event is a “sign”. We humans often ask ourselves those type of questions after any major disaster. We might wonder if it’s a sign of global warming, a sign of geological upheaval, a sign of God’s displeasure, or a sign of the end of the world.

From Jesus until now, Christianity has talked about earthquakes as a sign of the end. Revelation speaks of a great earthquake and Jesus mentioned that earthquakes, famines and conflict would be like “birth pains” leading to the end.

For nation will rise against nation, and kingdom against kingdom, and in various places there will be famines and earthquakes. But all these things are merely the beginning of birth pangs.
-(Jesus) Matthew 24:7-8 [NASB] END_OF_DOCUMENT_TOKEN_TO_BE_REPLACED

It’s pure speculation at this point, especially when the results of so many protests and attempts at revolution are still up in the air, but how might all this turmoil fit with the Bible? I’d keep my eye on Revelation chapter 6, specifically the four riders of the Apocalypse as they are called. Again, I wouldn’t make any grand pronouncements, but it’s like anything else, it bears watching.

As I explained in a previous post, it’s the first rider that intrigues me most. Revelation chapter 5, the prologue to the four horsemen and the other three judgments, begins with God holding a book sealed with seven seals. In the day Revelation was written, books (or scrolls) were sealed in that way when they were legal documents pertaining to life and death. Many Bible teachers say this book was “the title deed for the earth.” Well, the Bible doesn’t say that, but it is at least true that anyone reading Revelation at the time it was written, would recognize that book was about life and death. And as it turns out, it was about the earth.

It becomes clear very quickly that it is a book about judgment. Chapter 5 begins by asking the question “Who is worthy to open the book and to break its seals?” (verse 2) and no one is found in heaven or earth who is worthy.

That is, until Jesus steps forward. END_OF_DOCUMENT_TOKEN_TO_BE_REPLACED

Brian Ingalls serves as the Lead Minister of Tyro Christian Church. He received an M.Div. from Liberty University and is currently working toward a PhD in the Old Testament at Midwestern Baptist Theological Seminary. Faith in Jesus and the truth of the Bible are part of his core beliefs. Brian and his wife Sheryl also enjoy being the parents of three amazing young adults. He can be contacted through the Tyro website: www.tyrochristian.org